Get down there quick!  For some strange reason, the management of the Dickens House Museum has chosen this year, the bicentenary of Dickens' birth (7th February 1812) to close the museum for eight months for a complete refurbishment.

If you want to see the house he lived in with his wife Catherine between 1837 and 1839, almost as he left it, complete with bare wooden floorboards, stone steps to the basement and freezing basic toilet, please do make sure you go before the closure planned for April 2012.  After that, it will never be the same again.  There will be PC terminals, a lift and modern display boards (taking the place of the simple laminated sheet in each of the rooms open to the public).

I visited yesterday, and was overwhelmed by the lack of pretension and the simple, effective displays, mostly consisting of wooden furniture, nearly all of it owned by Dickens, family portraits, framed copies of original letters, and many, many bookcases full of copies of old editions of the complete works.

A treat for literary types.
Posted by sensibilia at 13:53 2 comments:

Email ThisBlogThis!Share to TwitterShare to FacebookShare to Pinterest
Labels: Dickens

Film "My Week With Marilyn"

The stage was held by the three stars, two of them leading Shakespearean actors of their generation.

Dame Judi Dench, majestic as Dame Sybil Thorndike, played the Prince's mother in the film "The Prince and the Showgirl."

Michelle Williams was  mesmerising as Marilyn, a perfect piece of casting. The camera just licked her all over.

Kenneth Branagh was equally mesmerising as Sir Laurence Olivier, a part he was surely born to play, having followed in the maestro's footsteps by acting and directing himself as both Henry V and Hamlet.  His cut-glass accent slipped at times, but when on form, he was the very living image.  I recall seeing Sir Laurence acting on stage in "Long Day's Journey into Night" at the Aldwych in the early seventies.  Branagh brought him back to life.

The young Colin Clark was suitably well-brought up, naif, and helpful.

It helped having seen the film "The Prince and the Showgirl" to appreciate the verisimilitude of the sets.

It helped to have read the biographies of Sir Laurence, his then wife, Vivien Leigh, and to have seen Marilyn's great film achievement "Some Like It Hot".

This created the background necessary to really enjoy the allusions.  It also helped to have read and seen at least three plays by Arthur Miller (M's then husband).  At first I thought that Jeff Goldblum would have been a better casting for the latter, but as the film went on, I realised the Jeff is far too nice.  The Arthur in the film captured the cold, analytical heart of the playwright.

Altogether, a delightful piece of artifice,  and one that captured all of life in the short space of 105 minutes.

Love, loss, fear, success, failure, aging, heartbreak, and some beautifully delivered lines of Shakespeare, which the Larry character is apt to quote at times of stress.

Made me go home worried that I have missed out on a lot of life.  Then I remembered Marilyn's early and tragic death.  Some stars burn too brightly go out too soon.  Maybe I will just keep plodding on as before.
Posted by sensibilia at 19:39 1 comment: 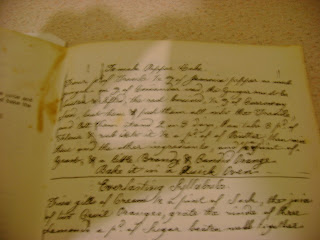 And, of course, the natural accompaniment to tea, is cake. 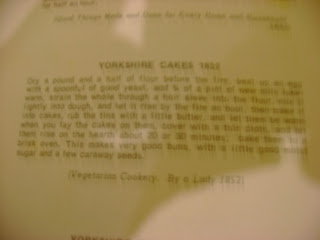 Because I have promised myself to stick to the main theme here, I decided against writing out a favourite recipe, or displaying a picture of one I have made (http://thecakedcrusader.blogspot.com/)  does it so much better than I could ever do!).

I am instead displaying some pages from a favourite old book of mine.  This book was one of the first things I bought when I started out, forty years ago, as a student at the University of York,  in 1972. 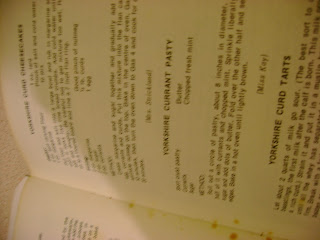 You can see from the stains on the pages how old and well-loved this book is.  Even though I have never actually made the recipes on this page. 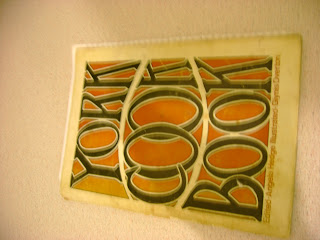 Aforementioned Caked Crusader has an ambitious but worthy aim to publish a book of recipes one from each county in England, and specifies the City of York as a separate item.

CC, if you would like the full recipe for any of the above, just ask, and I will copy it out for you!
Posted by sensibilia at 19:56 1 comment:

More teapots from my cupboard. 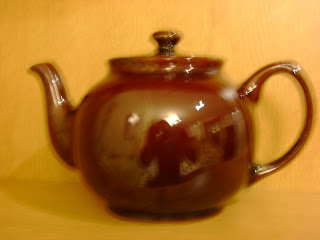 This is the all-time favourite teapot shape.  (A bigger version of the one I dropped).  Big, round, comfortingly smooth and bulbous, squat, (doesn't tip over), and beautifully brown, the colour of dark tea.  A classic.
Posted by sensibilia at 17:26 No comments:

Email ThisBlogThis!Share to TwitterShare to FacebookShare to Pinterest
Labels: teapots

Here it is. See, I'm not great at graphics.  Much better with the written word. 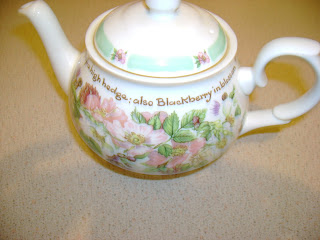 Email ThisBlogThis!Share to TwitterShare to FacebookShare to Pinterest
Labels: teapots

A Tale of Twelve Teapots

The first week back at work after the extended seasonal break is always exhausting.  As I go to bed by 9.00pm every night of the week, and get up at 5.00 am or 6.00 am on all weekdays, the difficulty posed by houseguests who expect to keep normal hours is great.  Add to this the 1.30 am end of the NY Eve dinner party (I had to ask the last guest to leave), and the whole of the next week is a recovery programme.

So it is perhaps not surprising that one of the mishaps of the week was the breaking of my favourite teapot.  It just slipped out of my hand.  John Lewis was clean out of 2-cup pots, so I tried my favourite charity shop, at the end of the road near my Cambridge office.

Indeed, as I expected in this huge hall of treasures (it's more a warehouse than a shop, and the daily turnover is phenomenal), there were eight teapots to choose from.  Sadly, not one was exactly right.  I felt a bit like Goldilocks. One was too small, one metallically tinny, all the rest far too large, and one too "antique".

This morning I trotted over to the Age Concern shop next to our Sainsbury's, while hubby was dutifully filling the trolley with detox fruit and veg and organic chicken.

There, I spotted the sickly pink "1970's bathroom suite-coloured" pot I saw on Wednesday, which had a chipped lid.  Not surprising no one had taken that away.

However, since Wednesday, three others had come into the shop.  One tiny, Chinese-laquer covered, but not quite what I was looking for.  Another four-cup pot,too big for me.  AH! The perfect size, and the perfect, traditional tea-pot shape.  What's more, it was bone-china, and made in England.  At only £1.99, and not a scratch or chip to be seen, it was a bargain and I snapped it up.

When I got home, however, I realised that there is perhaps a defect in this treasure.  It has some writing painted round the top of the pot, just below the lid.  I find this irritating.  Not just because it doesn't make sense (being only part of a sentence), and no attributable source is noted anywhere.  (I have tipped it up twice in the vain hope that some footnote might appear on the underside).  For someone who loves reading, and will read ANYTHING (similarly addicted friends cite learning to read from cornflakes packets and milkman's notes), it is impossible to use the pot without reading the script.  And each time, it annoys me.

It's very seldom that I find any disadvantage in being an addictive reader, and this is definitely a first!
Posted by sensibilia at 14:39 4 comments: