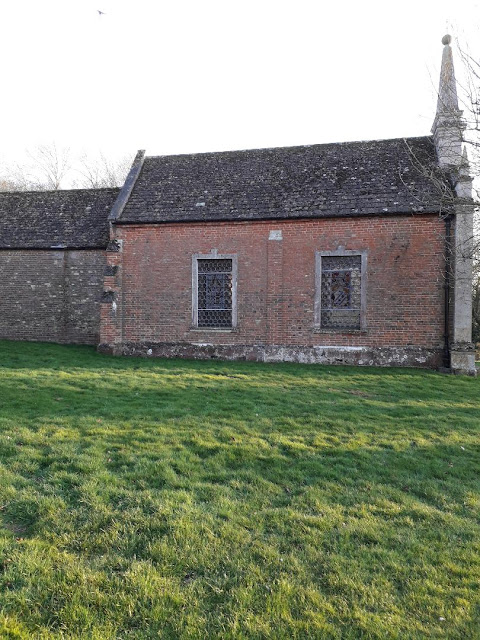 A tiny chapel, hidden deep in the Northamptonshire countryside, famous for its piety, for being a religious retreat for nearly 400 years, and as the subject of a twentieth century poem written by T.S.Eliot. 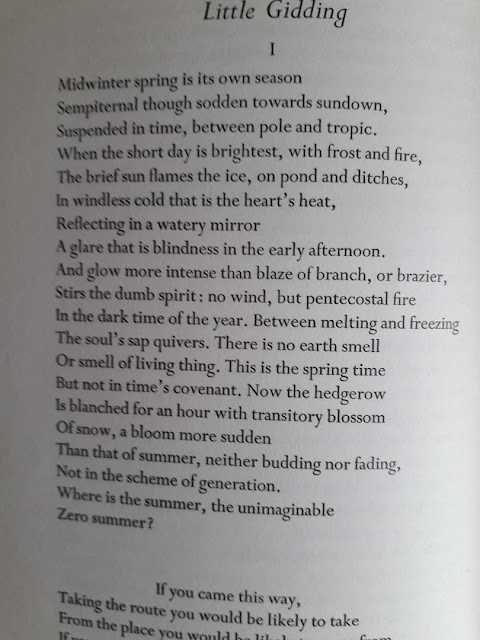 By some strange co-incidence, 45 years after I first came upon this poem, I visited yesterday, in a strangely apt "midwinter spring" - a brilliant, blinding sunny afternoon in February.


Here is a picture of

"the hedgerow ... blanched for an hour with transitory blossom
Of snow, a bloom more sudden than that of summer, neither budding nor fading...." 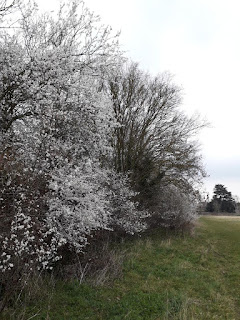 And here is the picture of what the poet says you will find later in the year:

"If you came this way in may time, you would find the hedges
White again, in May, with voluptuary sweetness..." 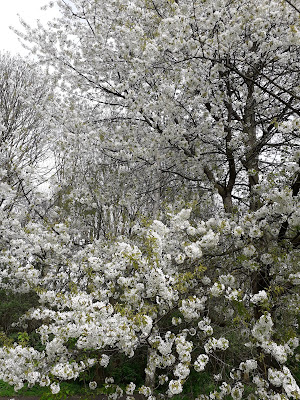 I knew nothing about the place when the "Collected Poems of T.S.Eliot" appeared on a college reading list when I was 20.  As far as I was aware, the title of the poem meant nothing, the whole thing was an arid intellectual exercise by a brainbox who bemused everyone, even the academics. 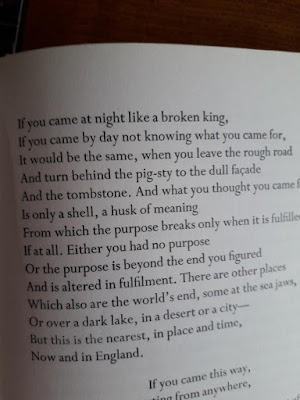 The "broken king" is Charles I, who, escaping after defeat at the Battle of Naseby, took refuge with his friends, the Farrar family who owned the chapel and manor house.

The "rough road" is still very rough, a country track, literally at the end of the road - there's nothing else there except the farm-house, (now a religious retreat). The pig-sty is gone, but the tombstone is still in place, right in front of what Eliot calls the "dull facade".

My picture shows the facade, rather dignified, in my view.  The tombstone is in the bottom right of the picture, it is the tomb of Nicholas Farrar, died 1637. 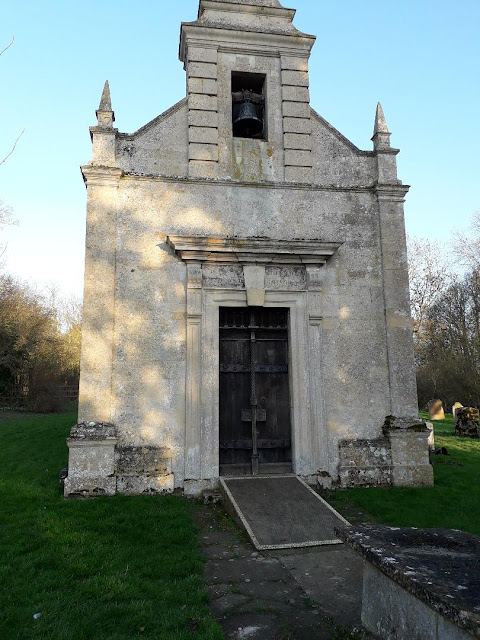 Inside, there is an atmosphere of calm, serenity, and deep reverence. 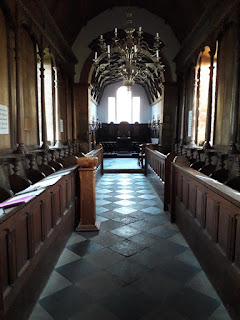 We are told very clearly that we should not come to gawp as tourists - this is a place of prayer: 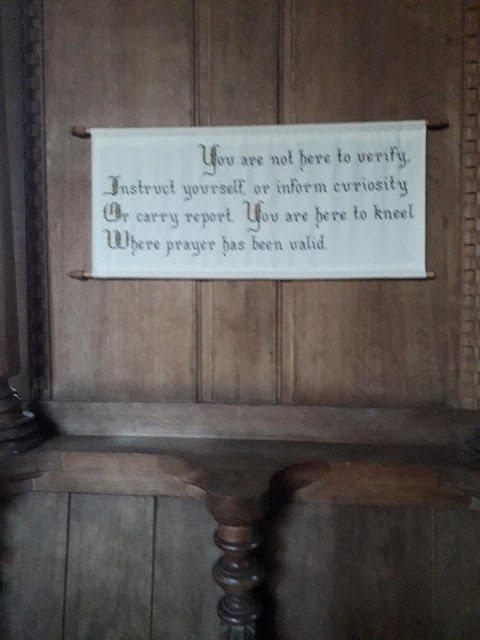 The above is piece of embroidery, in which has been laid out some lines from Eliot's poem: 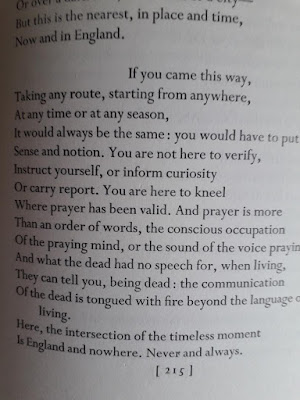 The poet has laid down his strictures.

But as a visitor I do want to "inform curiosity" and "carry report".

I do want to verify, and instruct myself, and the information leaflets in the chapel give assistance, explaining the stained glass, for example:

"Dieu et mon droit" - a nineteenth century rendition of the Royal Coat of Arms in memory of the visit of Charles I. 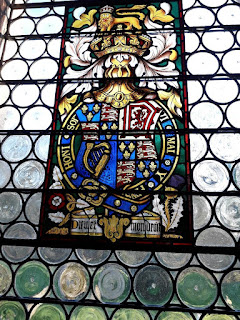 England, at its richest and most inspiring.
Posted by sensibilia at 19:14 1 comment:

A new book store for the University of Cambridge copyright library has been built at Ely.  This has 65 miles of shelving, each "the height of two giraffes" (what an unusual measuring device!).  Books here are given their due respect and saved for posterity.

The site also gives a virtual tour of the Library Tower.

The tower, a hideous but iconic building, was, until it became totally full,  a previous repository of books not in huge demand day-to-day by readers.  The tour gives many beautiful images which satisfy and soothe my need to see books, unusual books, and books being cared for properly. 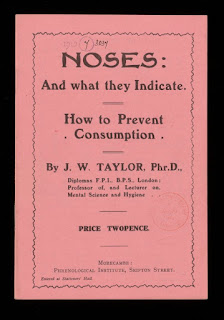 Who would have thought of retaining this pamphlet, of the sort one's great-granny had lying around in her dusty cupboards! 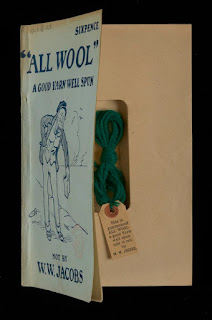 This is a trick pamphlet, which opens to a skein of wool.  The website author notes the following below this image:

"Ephemeral literature of this kind is highly valued by researchers, and today the Library actively seeks such publications, particularly those with local connections, as well as illustrated children’s books."

That sentence is absolutely music to my ears.  It calms my urgent need to feel that there is order amongst chaos.  That there is rational behaviour, and planning for the future, and that public servants are still carrying out tasks that may not seem vital, but have a function for the maintenance of civilisation.

All pictures from University of Cambridge, digital resources free to public access
Posted by sensibilia at 12:08 No comments:

Last year nearly rocked me off my axis, for a time.  First, a health scare was successfully dealt with by wonderful medics. Two joyful weddings followed, and for a time, even books could not compete for my attention. Gradually former interests reasserted themselves.

A particularly shocking experience occurred when I visited Blickling National Trust, in Norfolk.

The exhibition was intended to focus on differing attitudes to books, and boy, did it jolt my perspective.
The curators had collected from pulping depots thousands of unwanted books.  People like me were visibly upset, bending down to examine individual items more closely, to give them the attention we thought was due.  Some visitors tried to rescue one or two, offering to take them home, disorientated and disgusted by the symbolism,  of books that were not valued.  Most of the books were glued or fixed in the display, which meant that rescue was impossible.

My attitude hitherto has always been that if a book exists, it should be given respect.  Copyright libraries, like the British Library and the great university libraries of Oxford and Cambridge, perpetuate and reinforce this view, since they demand of all publishers a copy of each new book to store for posterity.  In some cases this means building miles of underground tunnels, such is the pace of new book production.

The idea that not all of these books are of equal value is self-evident, but to just toss them to a pulping plant was visceral. 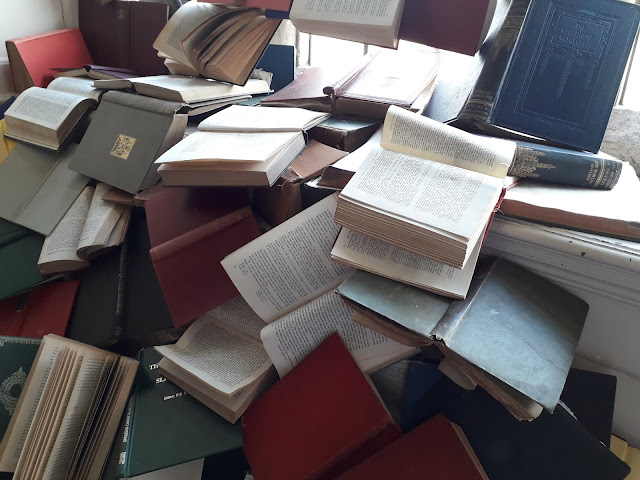 One book I managed to pick up had been someone's Sunday School prize for attendance and good behaviour, inscribed as such.  It contained wholesome and instructive nature watercolours. I recognized the genre from my 50's childhood.

For a time, I reviewed the contents of my bookshelves with different eyes.  I have piles and piles of unread items, acquired from book sales and charity shops because they chime with interests old and new, or complete a collection on a particular theme or by a particular author.

Suddenly I thought -"Why am I hoarding these books that I may never read, that no-one else wanted?  Will I ever get around to reading them, and what is the purpose of all this time spent ticking items off my to-read list?"

For a time, my existence seemed purposeless.

Then, a new year began, a new cycle of aims and lists.  With two daughters married, and waiting for the longed for next step, I mark time by going back to my old habits. 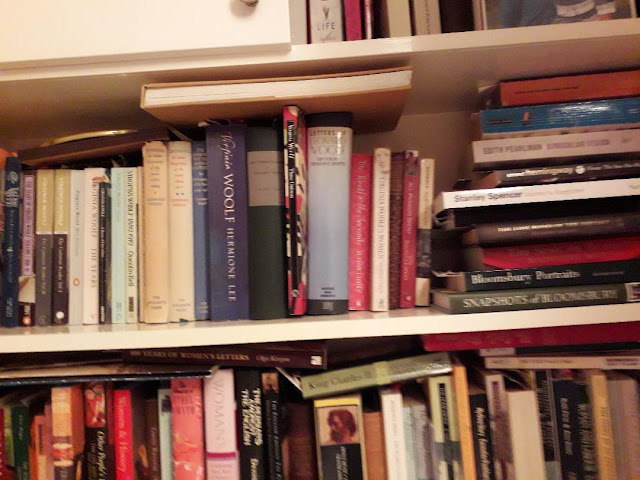