As ever, visiting churches and looking at ancient monuments is a great form of solace. 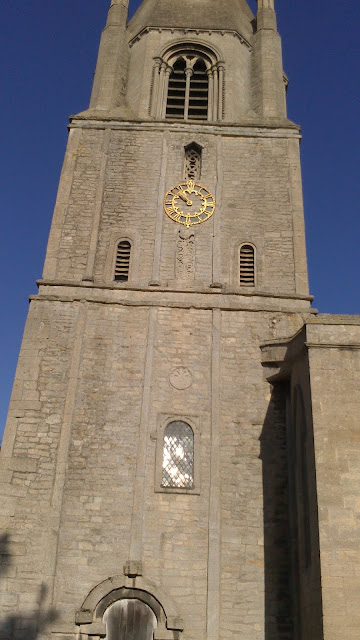 This Tower at Barnack Church, near Stamford dates back to pre-Conquest times.  There is a Saxon sundial over the window, and a Saxon carving under the clock.  Saxon long and short work can be seen on the left.

Inside the church are some tombs, and a Victorian replacement rood screen.

There is also a carving of Christ in his Majesty.  Debate as to the age of this carving is found in the Church Guide Book. 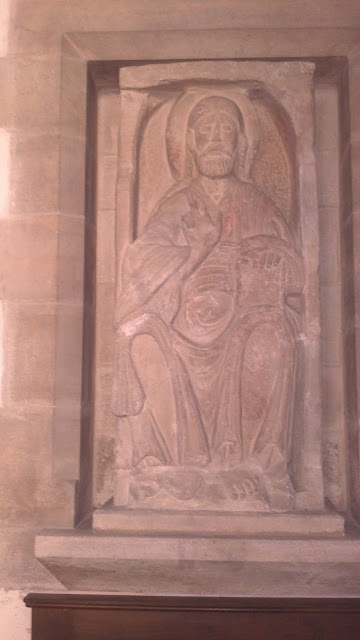 Some think it is of the same date as the Tower, others that it dates to the 13th century with Saxon influence.

The symbolic gesture of blessing is very similar to that in the Saxon Angel carving at Breedon on the Hill, in the Church of St Mary and St Hardulph, Leicestershire. 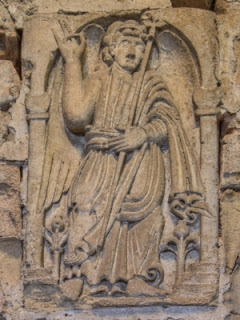 I visited last week, having just been to the dentist, and had to explain that I'd rather not have an X-Ray right now, as I will be experiencing a nuclear (in the sense of radio-active) lymph node probe the week after next, and prefer to limit radiation exposure.  Also that the toothache I had been experiencing was in fact due to me clenching and clamping my teeth together so fiercely, whilst asleep, that even my plastic mouthguard could not protect them from the undue pressure.

Just going inside the church at Barnack gave me an instant dopamine shot of feelings of peace and release of tension.