So I am now 62.  It is hard to believe this.  I am still active, love to walk and enjoy the outdoors, and love to read although I now rely on a battery of glasses.  I have my TV watching glasses, my normal everyday vari-focals,  my reading glasses for all reading (including computer use) and my special reading glasses, for very close work, eg sewing or looking at small maps.  That's four pairs.  I have also got a magnifying glass for looking at maps, and two pairs of sunglasses in different prescriptions.  One for driving and one for reading.  That's six pairs of glasses in all.

On a recent trip to a National Trust property, a display asked what is the thing you most value, your treasure.  Several people put "my husband" and kids put their tablet or I-pad.  I reflected, and realised that it is my reading glasses.

Last week, we entertained my 90 year-old mother-in-law.  She expressed an interest in going to the sea-side, so after my husband drove 120 miles to fetch her from her home, we then drove a further 70 and stayed in a caravan on the North Norfolk coast.  She absolutely loved it.  It's so inspiring, that she still has such zest for life.  We hired a wheel-chair in case we needed it, but in fact we went everywhere in the car (including the ten-minute walk from the caravan to the actual sea-beach).  We sat in chairs with our coats on, looking at the waves, and we visited a real-ale shop.  She still has a great appetite, and fully appreciated the food we bought from local shops, which my husband cooked.

Looking back to when she was my age, she seemed very old to me, then.  By the time she was my age, 62, she already had a gorgeous little grand-daughter, (our elder child) and another one expected.   We are not so fortunate, but at least both our girls at last have steady partners, with whom they live.  It may be another couple of years or more, by which time I will be in my mid-sixties, but we may yet have grandchildren.

Looking at the other families in the street (we have lived here thirty-one years), none of the children who were babies or toddlers when we moved in have had a child.  Two are married, a third is status unknown, but no grandchildren.  The eldest is now 35.  This is the way people do things now.

Sixties -  no grandchildren yet - NOGY

Nineties - Survived a World-War, Incredibly Tough, And Loving Life - SAW IT ALL. 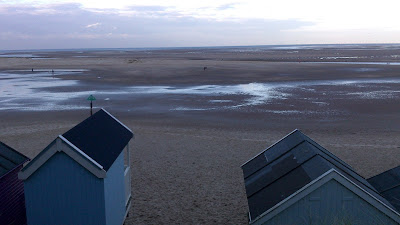 I won't refer in my heading to the full book title, "The Stripping of the Altars", because I don't want to attract people looking for references to seedy clubs.

The final page (593) has been turned.  I have spent a long time reading this book, and have to record my grateful thanks to the Lincolnshire Library Service, which allowed me to borrow from its reserve stocks, even though I do not live in Lincolnshire nor pay Council Tax there.  Lincolnshire is an enlightened county as far as libraries are concerned.
﻿﻿﻿﻿﻿﻿﻿﻿
I have read about the ancient Medieval church rituals, which were abolished over the period from the 1530's to the 1580's.  The abolition starts with the so-called "Reformation" initiated by Henry VIII, mainly as a means of getting his own way. (Religiously, he retreated somewhat in his last years , but not in terms of despoiling and seizing church goods).  The reign of his son, Edward VI, took things much further, and abolished the Chantries,  (Chantries were chapels set up and equipped, with lay priests funded by parishioners' wills, to pray for the souls of those who left money, and their families).  The Chantries' goods and lands were also seized by the Crown.  New prayer books were published which went further than ever before in removing references to traditional services.

Mary's reign attempted, with considerable success, to reinstate traditional religious practices. A good part of the success must be attributed to underlying loyalty among parishioners, their fondness for the old ways, and the fact that they had hidden, or otherwise preserved, the images, vestments and books on which the old religion depended for its physical forms. Many parishes re-adopted them with enthusiasm.  Mary's reign did not last long enough for the reinstatement of traditional religion to become embedded.

Elizabeth, despite her vow not to "look into men's souls" went the whole hog in removing and searching out images - this involved breaking stained glass, and burning, chopping up or profaning the objects, statues and goods which Catholic services used.  This process was still going on in the 1560's and 1570's.

A new generation grew up which had known nothing else, and so the Protestant Reformation became embedded.

A sad by-product of the process was the abolition of the Medieval Mystery Plays, which were too closely related to the Catholic religion, and hence had to be first censored and cut about, and finally abolished altogether.  Thus a central part of English town life, the civic pre-occupation with the cycle of plays and their associated processions, was also lost.

I have bought a ticket for the Everyman NT Live production, and have bought a copy of the text (in an Oxfam shop, naturally) to read beforehand.  Looking forward to that.

What surprises me most, after reading about all this iconoclasm, is that anything was left at all for us to gawp at, (mostly in tourist mode).  There are stained glasses, restored of course, as is the one at the top of this post.  There are painted carvings, as shown in my post below.  There are some wonderful illuminated manuscripts in the British Library and a few other collections.  Most treasures were stripped and swept away.

As a result of reading this book, I have now got some new objectives - apart from having a look at Mystery Plays.  Firstly, a long list of Norfolk churches, referred to in Duffy, to visit over time.  A thought about how the huge expansion of Elizabethan drama, most popularly seen in Shakespeare, must have been in part a response to the vacuum left by the destruction of the images of the church and the religious plays. A development of this thought is a plan to read more about the death of Marlowe, who is thought by some to have been assassinated because of his atheism, rather than merely being the victim of a tavern brawl.