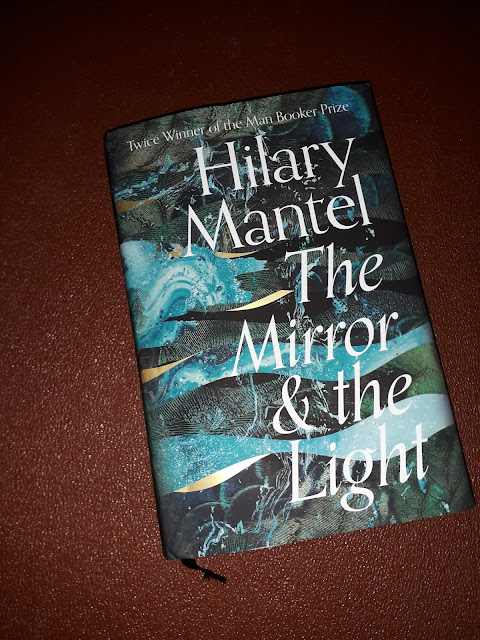 The long-awaited third, (and final) volume of the "Wolf Hall" trilogy.

I've written about "Wolf Hall" before.

Here is an account of an interview with Hilary Mantel, in which she described how she first got the inspiration for the book.

Here, I gave my experience of the difficulty of reading the original, the first volume, and some tips on how to overcome the difficulties. 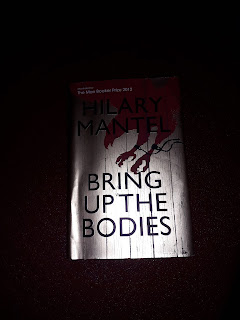 It's shorter (only 400 pages) and covers a more concise period of history, from the death of Katherine of Aragon to the execution of Anne Boleyn, (a mere four months) so the politics and the characters are simpler to follow. 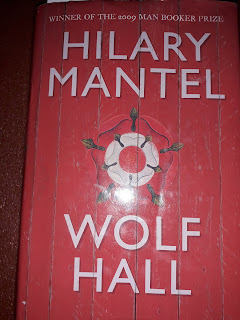 
The third volume "The Mirror and the Light" starts immediately after the execution of Anne Boleyn in summer 1536, and ends with the execution of Thomas Cromwell himself (no spoilers there, everyone knows he ended up a victim of Henry VIII.)  A period of almost exactly four years.

On finishing Volume 3, I immediately went back to Volume 2, BUTB, and started re-reading it.  It seems so much clearer now.  In fact, it becomes apparent as you progress through BUTB, that Hilary must have known pretty much exactly what she was going to include in Mirror.  Certain foreshadowing events now take on huge significance.  There are also numerous flashbacks to Thomas Cromwell's earlier life, as recorded in WH.

I will probably re-read WH again as well, after finishing BUTB.

Mirror is undoubtedly a work of genius.

If anyone is quaking at the thought, please let me recommend the audio version.  My local library supports three different platforms which enable users to download audio-books, completely free of charge. Fortunately I had already signed up for these a couple of years ago, and was therefore able to take advantage of them when lockdown closed all physical libraries.

You can also download e-reader versions, but I prefer either a book to hold in my hand, or the audio version.  I listen as I go for my daily walk (one hour in lockdown), while I do dusting or ironing, (not hoovering, too noisy), and some cooking activities (not clattering and banging ones).  I listen when I want to retreat to a separate room behind a closed door and make it absolutely plain to my husband that I am absorbed in an exclusive activity and don't want to chit-chat.

(It's chit-chat that erodes a relationship in lockdown, not silence.  Silence strengthens a bond of 41 years, and reminds me that we have survived many challenges.  Chit-chat generally causes irritation, and often ends in an argument).

I started off by listening to a section on the audio-book (so as to make the best use of the time), and then carrying on from there with the printed version.  So interesting and addictive is the narrative, however, that very often I both read and listened to whole chunks in duplicate, to get the full impact of the writing.

The audio version of all three volumes in the trilogy is read by Ben Miles, who played the lead role, Thomas Cromwell himself, in the Royal Shakespeare Company stage version of WH and BUTB in 2014.  (Tickets sold out in minutes, the furore over the whole project was so great).

Ben Miles reads it beautifully, and fully enters into the mind and character of Thomas Cromwell, even giving him a faintly rough, common South London accent which indicates he was a blacksmith's son from Putney (although the accent would have sounded very different in 1530's). He even manages to make Cromwell sound like a burly, solid bruiser of a man, which he allegedly was.

At the end of the audio-book, a bonus section gives an interview between Ben Miles and Hilary Mantel.  This is illuminating.  In it she says she was planning and drafting the third volume as she sat in on the RSC's rehearsals in 2013.  And that the actors playing the parts influenced how she saw and heard the characters in Mirror. She said that the TV actors in the BBC version influenced her also.  That makes sense, as I found myself seeing them in my mind's eye as I listened.

Ultimately, in this bonus section, Hilary Mantel says that these three novels are the great project of her life, and took her fifteen years to complete.

Fantastic work.  Definitely genius.  I want it to go on. I want Thomas Cromwell's ghost to peer over the shoulder of the nasty Jane Rochford when she gets her come-uppance at last (she was executed for facilitating the sexual liaisons of Henry's fifth wife, Katherine Howard, who was likewise  executed, in 1542).  Jane Rochford had, in 1536, betrayed her husband, George Boleyn, (Anne's brother). She testified against him, thus helping secure his and Anne's conviction in 1536.  Jane Rochford went mad, apparently, while awaiting her fate in the Tower. Cromwell would have relished the spectacle.

I want to see Thomas watch the nasty Earl of Surrey (Anne Boleyn's cousin, eldest son of the Duke of Norfolk),  arrested. He put up a spirited defence at his trial but he, too, gets his come-uppance.  Surrey was executed for treason two weeks before the death of Henry VIII.  I particularly want to see Thomas enjoying the spectacle of wicked old "Uncle Norfolk" (the Duke,  uncle to both Anne Boleyn and Katherine Howard, wives 2 and 5 respectively), sweating out his last night on earth in the same Tower, after his son's death.  Norfolk was due to be executed the next morning, but Henry VIII died in the night, and so he escaped his fate.  He did spend the entirety of the next reign (Edward VI, six years) in the Tower.  I suspect Cromwell would have haunted him there, just as Thomas Wolsey and Thomas More, previous victims of King Henry VIII, haunted Cromwell.

Then there's nasty Wriothesley, Cromwell's former friend and protege, who betrayed Cromwell and went over to the Duke of Norfolk's side, to help arrest Cromwell and secure a conviction.  He wasn't executed, but must have been terrified that he was about to be, when in 1546 he marched confidently into the King's presence to arrest Henry's sixth and final wife, Katherine Parr.  He was confident that he could have her executed for treason as well, and had already plotted to search her papers, and had tortured (illegally) on the rack a woman thought to be a supporter of the supposed treason.

Unfortunately for Wriothesley, Katherine Parr managed (unlike her five predecessors), to effect an affectionate reconciliation with Henry, and Wriothesley was sent packing. He must have feared for his future, but got away with it and survived into the next reign.

Hilary Mantel is very taken up with ghosts, they play a marked role in Thomas Cromwell's thoughts, particularly when he realises he is on the downward slope of the King's favour, and there is little hope that anyone or anything can save him.

Hilary Mantel's own memoir, a fascinating account of her childhood, is entitled "Giving Up the Ghost", and this is a book I intend to look at in a future post.